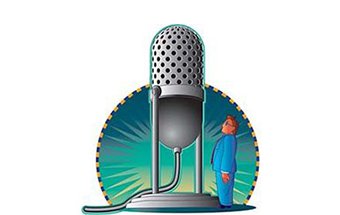 Over the seven years we’ve been working with companies to incorporate social media into their marketing mix, we’ve seen a lot of changes in the way companies approach social marketing. Mostly for the better. But one area where we still see companies struggling is in deciding who should speak for the company in social media.

In the early days, most companies were petrified by social media. They were worried that employees would be out there revealing trade secrets or embarrassing the brand. A lot of companies were more interested in ways to track what their employees were saying online than their customers. A few companies—notably Intel—were interested in empowering employees to engage with their peers, and led the way with simple social media policies that encouraged employees and gave them direction in what to say and what to avoid.

As social media matured, the debate inevitably arose over who in the company should be directing and managing social media engagement among employees, and who should be doing the talking. Marketing and PR companies made a compelling case that social media is both sensitive and strategic, and should be managed by professionals, while the proliferation of social media management tools like HootSuite made it easy to democratize corporate communications and let more team members be brand ambassadors online. Motorola understood this when they told us they wanted to “open up more pipes into the company”, because they knew engineers wanted to engage with engineers, not with spokespeople.

So for years we watched this evolution play out, with lots of companies experimenting with different approaches, different tools, different management strategies. In that time, we’ve also seen new roles emerge, with social media specialists, social media analysts, and of course an endless supply of consultants and service providers all ready to help companies embrace social marketing.

Either of these strategies can work, and both can lead to disaster. We’ve seen some companies mandate that employees should push social media content to their social networks, and they all dutifully push out the “Tweet of the Day” to their networks. We’ve seen other companies prohibit employees from mentioning any aspect of the company’s operations online, other than the designated representatives.

The sweet spot, from our experience, is somewhere between the two extremes. Not everyone is cut out to be a social media ambassador, just like not everyone is cut out to be an account manager or a customer support rep. Some people are great in the back-and-forth banter of a Twitter chat, while others are better at the deep dive debates of a forum. And just because someone has a lot of engagement with their personal network doesn’t mean they’re going to be a hit with your customers. The trick is to make it easy and available for employees to get involved in being a brand ambassador, sometimes with some encouragement, and to provide the training, support and policies to help them succeed.

This is where we see the future of PR and Corporate Communications leading. In the past, marcom teams were designated as the Voice of the Company. They were the brand police, who knew what to say and when to say it. In the age of social media, limiting market engagement to a professional team is, well, limiting.? Pepsi got a lot of mixed publicity when they unveiled their “mission control” center, from which social media specialists would track mentions of their brand and parachute into conversations to push the corporate line. It creeped a lot of people out. CreativeLabs, the makers of popular headphones and sound cards for gamers, took the opposite approach by empowering their geekiest engineers to speak for the company on gaming forums, and it worked out well for them.

There are a lot of conversations in far flung areas of the web where employees can put a human face on the brand and demonstrate a deeper value to prospective customers than a canned message. But employees need guidance on how to engage appropriately, which should be the expertise of a good communications teams. But they have to shift from being the priests of corporate communications to being the teachers who train and guide employees on how to engage as brand ambassadors.