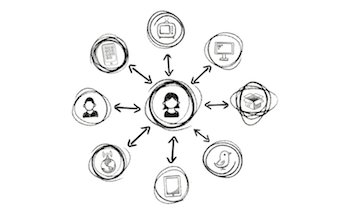 A few years ago my friend and colleague Maria Sipka introduced me to a couple of professors at Wharton working on a collaborative project about the future of advertising. They invited me to submit an essay on CRM to social, one of what grew to more than 200 essays from colleagues eventually published in the online Advertising 2020 project. They promoted dialog, researched and analyzed the topics of discussion and ultimately wrote a book on their findings, recently published by Wiley.

I got a chance to see a manuscript of the book when it was being written, so I was excited to see they used a quote from my essay—one that I thought was provocative. It was a quote about the degree to which, I believe, advertising has missed the point of social media by focusing on metrics that emphasize quantity more than quality. It’s the kind of criticism that doesn’t always win friends among colleagues, so when I finally got a copy of the published book, I was surprised to find they’d doubled down and selected a second quote, one for the opening page of the book. That made my day. Being a critic often makes me feel like the crazy uncle talking politics at the holiday dinner table, which makes a little validation from colleagues feel like a windfall.

Bolstered with that dangerous bit of self-confidence, I decided to post the essay again here. It’s? a little wonky—it was written for a group of professors and marketing geeks—but I still believe every word, and I still think it’s a conversation worth having about our profession and our practice.

I want to give a huge thanks to Yoram and Catharine for inviting me to participate. They’ve managed an ambitious project of tremendous value and quality, and I’m honored to have even a tiny role in the finished product.

Seeing Beyond Waves: Have we reached the point of Terminal Efficiency?

If you want to predict the future of advertising, imagine throwing a bottle into the ocean. You can easily see the succession of waves already forming that will buffet the bottle in the short run, but there’s far more you can’t see. You can’t see currents under the surface of the water, you can’t see wave patterns approaching from miles at sea, and you can’t see the tides pulling on the ocean, all of which have their own rhythms that will intersect in unexpected ways to direct the course of the bottle. But you can learn to see these forces by reading their effect.

Many pundits point out singular “futures” in marketing and advertising by watching waves and musing about where the bottle is headed. This is useful in the short run. If you have a long-term objective it’s more useful to focus on recognizing forces beyond the waves that will intersect in unexpected ways to shape, if not predictably determine, the future. Many forces shaping the future of advertising are well known, just as it’s well known that tides move the ocean. The question is whether we understand their effect in shaping the future.

Arguably the most important force on the future of advertising is metrics, a trend that has been shaping for generations. Metrics are the boardroom antidote to the uncertainty of betting on Mad Men—a drive to more effectively manage cause and effect, to be accountable for consistent ROI. Metrics helped lead the tidal shift of advertising budgets toward digital media. But measuring more things doesn’t mean you’re measuring the right things.

Take social media. We’re still adrift with provincial metrics of dubious meaning, such as “likes” and “followers”, and we still focus far too much on accuracy over significance, on volume over value. When customers have to “Like” AT&T on Facebook just to tell them they hate them, is an executive somewhere crowing over the upward trend in Likes? The struggle underway is to identify predictive metrics that can help us tune performance. Unfortunately, demand far exceeds supply, and several waves of new elixir—like sentiment mining—will roll in over the next few years.

When customers have to “Like” AT&T on Facebook just to tell them they hate them, is an executive somewhere crowing over the upward trend in Likes?

It’s similar with CRM—the data that crucially informs the content of advertising. We have more data on customers than ever, yet most senior marketers concede they’re not confident in the quality of data they rely on. Your database has far less depth than your customer’s public profile on LinkedIn, or their extracted profiles from activity on Facebook. You may know more about purchase transactions, but the context you read into buyer behavior, which in turn shapes advertising, is a shadow of the truth. As this reality emerges, Cloud Marketing will evolve from a focus on technology—buying web-based CRM solutions—to a focus on access to insights beyond what you can collect from your customers, and to moving your marketing and advertising directly into the networks where that insight is sourced. Agile businesses will figure out that Big Data is not just about virtual servers and faster processors, but about the fact that the most valuable market data is bigger than what you can build in your own four walls. That will drive smart advertisers to a more collaborative future.

But these are just currents. Let’s get to the tide. What force in the marketplace is so fundamental and immutable that it’s literally cosmic? You can’t see it, but you can easily see its effect. It drives our appetite for metrics. It fuels our need for data. It’s the instigating force behind Social Media. And like the tide, it’s now ebbing, which I strongly believe signifies the end of the Age of CRM. It’s Transactionalism.

For more than 150 years, business has been driven by an industrial imperative to maximize efficiency. So much so that we’ve engineered CRM as a manufacturing process for creating customers. But we’ve reached the point of terminal efficiency. We invest staggering resources to squeeze a few extra points out of conversion rates, we render relationships almost exclusively out of data, and in the process we’ve engendered a global market response in Social Media, largely predicated on the explicit desire among consumers to undermine our customer manufacturing process. That’s a trend of epic proportions. We’re already a decade or more into Social Media, depending on how you count, and we’re still only scratching the surface of what’s really going on.

My argument is that sustainable economic relationships are built on trust in the exchange of value. We’ve gone off the rails in trying to make economic relationships more efficient by controlling every detail of the process, and focusing only on the aggregate value of short-term transactions. That transactionalism has reached the point of terminal efficiency, and the pendulum is swinging back toward the process of developing trust as the basis for exchanging value—human engagement.

To understand how this will change advertising, look at how our relationship with markets is changing. The long-standing misconception of markets as collections of one-to-one customer relationships—borne from our control over one-way communications like advertising—is evolving to account for many-to-many market relationships that inform buying decisions. Instead of market segments to be targeted, we’re beginning to understand markets as communities of networked customers to be engaged. Instead of just messaging and positioning, we are beginning to understand market roles that sustain an ongoing exchange of value. Advertisers must go beyond understanding individual buyer behaviors, codified in idealized segment profiles, to address the substance of social binding—the shared interests that galvanize customers into market communities.

In that sense, the tidal shift underway may finally refocus the age-old dichotomy between market leading and market following to a pointed debate over value-mining versus value-creation, short term versus long term profits. Pundits will frame it as a choice between the transactional mindset of manufacturing demand and the engagement mindset of catalyzing market communities, but smart advertisers will resist the either-or positioning and find a balance between marketing efficiency and authentic market development.