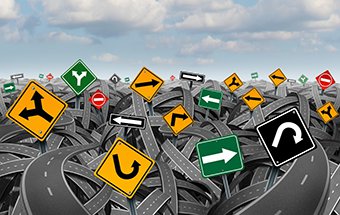 When I was growing up my mother had a print of a Picasso painting over her desk. It was an image of a bull, and though I didn’t get it at the time, the technique was quintessentially Picasso. The simplicity to me looked childish. It looked like something I could draw myself, and I wondered why anyone would find it remarkable, much less frame it in a place of importance.

Much later as an adult I had a chance to see an exhibition of Picasso sketches assembled to demonstrate the progression of his work. One series of about a dozen charcoal sketches created for me the most profound epiphany about the craftsmanship of art I’ve ever experienced before or since. It was a series of sketches illustrating Picasso’s meditations on a bull, and by chance I came at the series from the end rather than the beginning. In the last image, I immediately recognized the childishly simple bull from the painting over my mother’s deskbut in the context of the series, it was reframed as the outcome of a remarkably meticulous process.

I followed the series back to the beginning and was amazed to find a highly realistic image of a bull that looked more like something drawn by a naturalist than a typical Picasso. As the series progressed, you could witness a studied deconstruction of the bull, gradually eliminating details, exploring the essential lines of meaning until everything was distilled to a handful of strokes. The simplicity of the childlike sketch at the end entirely masked the mastery that produced it.

Three years into the development of SocialRep, I find that experience a fitting metaphor for our business. Venture funds are starting to pump money into startups offering solutions for scanning. It all looks childishly simple to serve up online conversations about your products and brand. But once the data starts flooding in, you realize there’s a huge difference between collecting data and making sense of it. The process of building a workable intelligence solution over the last three years feels a whole lot like a studied deconstruction, eliminating details and exploring the essential lines of meaning until everything is distilled to what really matters.