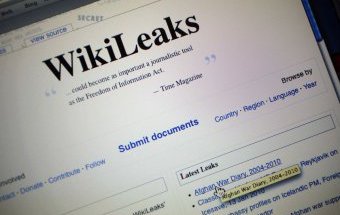 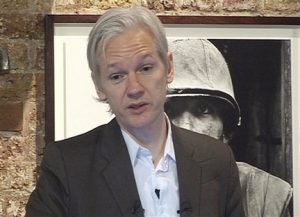 For the past several months, a high stakes battle has been playing out online between military and civilian interests over information about the execution of the Afghan war. A website called Wikileaks, which posts whistleblower data to the public, published a huge cache of leaked Pentagon documents about the Afghan war. Following on the heels of a leak earlier this spring showing graphic video of a combat helicopter attack on civilians in Iraq, the Afghan leak has gained significant press coverage, and put the battle between the Pentagon and Wikileaks into the spotlight.

I won’t wade into the political debate over whether or not Wikileaks is right or wrong. There are passionate arguments to made about government and military accountability, and there are counterarguments about divulging information that could endanger military strategy—and these arguments go back centuries. What’s new, and what interests me in the context of social media, is how these struggles are transformed by communications technology.

The Pentagon, and the civilian administration that ultimately governs it, makes decisions about how to carry out the war. But public opinion can create tremendous pressure to change policy, as happened with the Pentagon Papers in 1971. An internal study of the Vietnam War was leaked to the New York Times, exposing various government deceptions about the intent and progress of the war, which led to street protests and political upheaval. Since the control of information is such a vital component of controlling public support of government and military actions, the concept of making it easier to leak information to the public via the web, and disseminate information through social media, is a significant challenge to government control.

Recently the stakes in the Wikileaks drama were dramatically raised with the leak of 77,000 documents related to the Afghan war, only part of the cache assumed to be in Wikileaks’ possession. Many analysts have been noting the danger facing Wikileaks founder Julian Assange, who has embarrassed and enraged the Pentagon now several times. The Pentagon has noted their interest in detaining Assange, but many observers believe there is most likely a price on his head.

So what do you do in the age of social media to try and counter the threat of a massive military institution like the Pentagon hunting you down? If you’re Julian Assange, you take out a virtual insurance policy. Some time this past week, Wikileaks posted a very large and heavily encrypted file on their site entitled “insurance”. No one knows what the file contains, but the speculation is that if anything happens to Assange the keys to the encrypted file would be released by his associates. If thousands of people have downloaded the file, that means whatever is in it would immediately become public knowledge.

Whether the file contains more damaging information than what has already been leaked, or whether it’s a huge bluff, no one knows. But it is a new way to play an old game, and a fascinating look at how social media can affect the balance of power in the fight for control over information—and over the hearts and minds of a society—between governments and civilians. The question now is how the Pentagon will proceed. Undoubtedly they’re hunkered down right now trying to break the encryption of the insurance file to see what’s in it. Unless they were already provided a key.