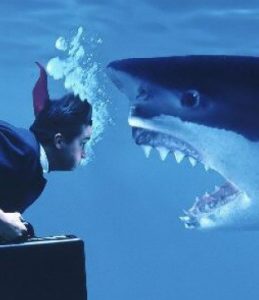 Three interesting articles that caught my attention over the past week:

For business leaders, the most consequential outcome of the [financial] crisis is the challenge to capitalism itself. That challenge did not just arise in the wake of the Great Recession. Recall that trust in business hit historically low levels more than a decade ago. But the crisis and the surge in public antagonism it unleashed have exacerbated the friction between business and society.

2. Momentum building for “Do Not Track” Legislation

California is putting itself in position to lead the fight for increased online privacy by trying to pass the country’s first so-called do-not-track law to keep personal data from being grabbed off the Internet. [It] would create a mechanism to allow users of smartphones, tablets, computers and any other device that accesses the Internet to tell website operators they don’t want their online habits monitored.

Twitter just found a way to hand developers an Amazon River’s worth of golden tinker-toys, each with more than 40 points of contact, at commodity prices.

These may look like random data points, but to me they are points along a single line that leads to the future. None of them are new ideas—each are, taken individually, one of many similar data points that have been lining up for years, indeed decades for the first two points. Our system of business is extracting too much short-term value from the market at the cost of long-term sustainability; the impact of that predilection is reflected not only in the instability of the financial system, but also in consumers taking legislative action to protect themselves against business’s predatory behavior; and, the driver for business adoption of social media, through collection of online data, is vacillating between the imperative to double down on predatory behavior or to pursue sustainability by connecting more meaningfully with customers.

I’m afraid most businesses will come down on the side of Business As Usual, despite McKinsey CEO Barton’s stance. The real question is how effective the market is becoming at projecting its own will in the “friction” between business and society through the channel of social media. Will consumers find ways to upend the status quo the way they’ve learned to upend governments?

Why are these data points important to SocialRep? I think the Radian6/Salesforce deal signifies the closing of the first significant chapter in our industry’s history, and the Twitter announcement signifies the opening of the next—a chapter about data access and effective processing. This will arguably be the more substantive chapter, as it gets to the core of our industry’s purpose and not just the battle for business adoption. This chapter will move far more quickly than the last, and I suspect the two chapters that follow are already clearly defined, and two more beyond that are well outlined.

If you’re interested in more details about how we see the market, or the future, drop me a note to find out about joining our inside wire.