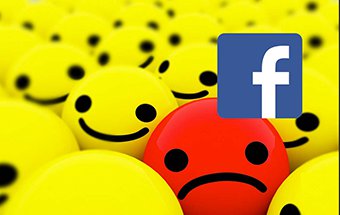 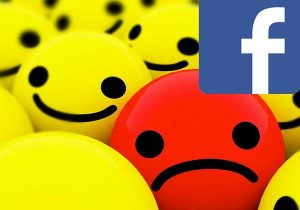 Facebook has been running a very public gauntlet over the past few months in response to its privacy policy. Plenty of experts have been on top of this story, and Marshall Kirkpatrick at ReadWriteWeb offers up a lot of thoughtful analysis on the implications for the web. (A good place to dive in is his discussion back in January of Zuckerberg’s initial response to the flap over their privacy changes in December.)Instead of rehashing the debate already going on among better bloggers and journalists, I want to point out two lessons I think businesses should take away from Facebook’s current headache, and what it means in an age of accelerating social media.

Try to imagine a situation in which a company could willfully expose its customers’ private information to the public, and still have user adoption grow. This is happening for Facebook because it delivers a compelling social experience with no comparable alternatives, yet. You can quibble over the quality of the system and functionality, but Facebook has critical mass. Your friends and family are all there, now. You can connect with virtually anyone you want and share pictures, video, dialog, all in an interface even a 45 year-old insurance executive can understand.

That compelling-experience-without-alternatives is Facebook’s get-out-of-jail free card. Despite the very public furor over Facebook’s privacy practices, people are demonstrating, at least for now, that social connections are more valuable to them than privacy—at least to the extent that they understand the privacy risks. As more experiences emerge of people getting burned by information they’ve unwittingly exposed on Facebook, that may change. Zuckerberg’s bet is that it won’t.

Facebook is benefitting from what is essentially customer lock-in—a situation in which customers are reluctant to leave because the cost of leaving is too high. The cost of leaving in this case is driven by three factors: a) Facebook is free, b) customers haven’t identified privacy value they’re giving up for the free service, and c) there’s nowhere else yet to go. As long as this situation continues, Facebook wins. And this is where the game gets interesting.

Lots of companies play the lock-in game. The idea is to increase the costs of switching in order to hold on to customers longer, even against their preference. Long-term contracts with cancellation fees are one example. Exclusive access to products or technologies are another. AT&T is winning this game right now by virtue of their exclusive access to the iPhone. Despite horrible network service, customers won’t leave because they’d have to give up their iPhones.

But switching costs do not improve brand equity. In fact, they can build up significant resentment that accelerates defection as soon as an alternative appears. I, for one, hate AT&T with the white hot intensity of a thousand burning suns. They drop my calls. They have no coverage at my house. Coverage at my office is spotty and network access is slow. But I can’t get the iPhone anywhere else. The moment an alternative appears—either for the iPhone or for the iPhone on another network, I will run as fast as I can away from AT&T. The AT&T brand to me stands for bad service at a high price.

If Facebook continues to play fast and loose with customer privacy, they’ll wind up in the same camp as AT&T. Facebook users may not have alternatives today, but if fear and resentment grows over Facebook’s stewardship of private data, they’ll run away fast when an alternative emerges. Facebook makes a huge mistake if they let themselves believe the value customers place on compelling social engagement today is bankable brand equity for Facebook’s future. As we’ve all seen too many times to count, what’s hot today eventually gets cold, and will inevitably be replaced by something new. The most interesting metric we’ll never see from Facebook that would offer a clue to the direction they’re headed is the number of users who set their newly simplified privacy controls to the most restrictive level instead of Facebook’s own recommended settings.