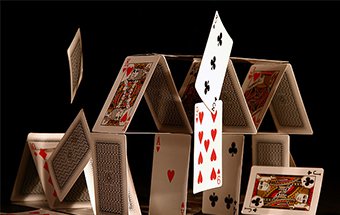 If you’ve ever managed a big project you know many little things can go wrong on the way to that moment of truth when you hope, ultimately, everything goes right. If you’ve managed a lot of big projects, you know how painful it can be when that ultimate moment of truth blows up in your face.? In business, big projects are a part of daily life. We make products, we launch campaigns, we engineer production processes. Big money is at stake, as well as careers and companies. So how do you avoid falling flat on your face?


Over the last several years, Agile has become one of the most important and quietly viral trends in business. It started in software development as an alternative to the unwieldy methods behind massive software products like Windows, which were too frequently late to market, massively over budget, and poorly received by customers.

The idea behind Agile is to replace colossal production processes with lighter and more nimble processes, by dividing up tasks into short “sprints” of development, with frequent reassessments and adaptions of the product plans. Google was often seen as the Agile counterpart to Microsoft, producing rapid prototypes of products, released to users early with frequent fixes and feature updates.

Agile is an entirely different mindset. It is adaptive rather than predictive. It seeks to try things quickly in order to learn, instead of relying on exhaustive planning to eliminate risks. The reason Agile works—and likely the reason it emerged in the first place—is because we now live in an environment of rapid economic disruption. Markets change overnight, overturning incumbent players and elevating new companies into positions of power. Technology enabled this disruption with light-speed communications and connectivity to global markets. Agility enables companies to survive and thrive in this environment by adapting and innovating quickly.

The soul of agility can be summed up in four principles:

Agile’s success in the complex world of software has made it attractive to many other areas of business. In marketing, Agile has been adopted? to focus on short campaigns and social media programs, frequently adapted to figure out and iterate whatever works. An agile approach in marketing often focuses on small pilots, before committing to some big new product or technology with big promises of success.

In channel marketing, where large technology suppliers must support hundreds and even thousands of global partners, many companies went out and purchased extensive Partner Relationship Management (PRM) platforms, which promised to streamline the process of distributing marketing materials and advertising campaigns for the partners to use, and to provide metrics on partner performance. Unfortunately, many suppliers bought into these systems without first working on a smaller scale with a handful of partners to figure out what really works, and are now in the process of dumping their system or jumping to another provider. Iteration often goes out the window after a big failure, as managers distance themselves from what went wrong.

In a disruptive market environment, this kind of misstep is deadly. By the time you roll out a large initiative and then learn that it’s not delivering results, an agile competitor will have market tested and prototyped a solution that works. By the time you recalibrate and start-over—typically by running in the opposite direction—an agile competitor is beginning to scale. There simply isn’t the space in today’s fast-moving markets to spend a lot of time and money learning how to fail.

One of the attractive aspects of social media and inbound marketing is that there are many ways to apply Agile concepts. You don’t need to launch a comprehensive, multi-channel campaign and? splash your brand and thought leadership across every network. Pick one network and one campaign approach, run it for a few weeks and see what works. If you find a foothold, keep running the program. If not, make a change and try again. Don’t double down until you find a way to connect.

Instead of managing risk by over-planning,? break your? projects down into smaller, more agile steps, and repeat the mantra of the Agile mindset.