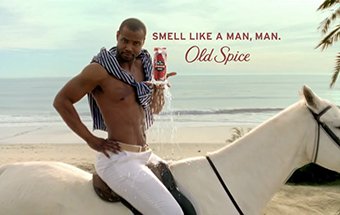 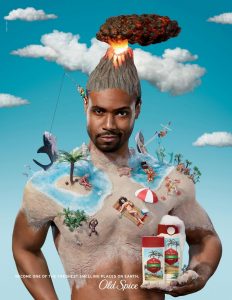 Everyone’s talking about Old Spice’s viral campaign, and I have to say, it’s brilliant. On so many levels. It’s memorable, smart and simple. It bridges the gap between advertising and social media in way that schools the growing crop of so-called social media pundits—proving yet again that quality of content matters more than technology. Nothing Old Spice did in the campaign is astoundingly unique, but the creative just sings.

If you’re not familiar with the campaign, you can find the engaging commercials at the top of Old Spice’s channel on YouTube. They feature Isaiah Mustafa, a former pro football prospect who’s making a huge splash as the biggest interactive advertising phenomenon since Burger King’s Subservient Chicken. The first commercial aired during the Super Bowl, and Old Spice parlayed the commercial’s popularity into a short series, and then doubled down on social by having Mustafa tape a long string of video responses to public postings on Twitter, Facebook and YouTube. The commercials were already funny, but the YouTube video responses brought the public into the banter, and the whole campaign went meteoric, earning millions upon millions of fans, probably for a fraction of the cost of shooting another commercial.

There’s so much smart about this campaign, this is the first time I think I’ve ever lauded an advertising agency in public. Hats off to the Wieden Kennedy team in Portland, Oregon. So much of the advertising world is struggling to get social media, and WK/Old Spice/P&G just nailed it. First of all, for the popularity of this campaign, it’s only one piece of a long string of commercials that are witty, beautifully targeted and fresh. Look through some of the commercials on YouTube, like the classic Bruce Campbell series from a couple of years ago, and you’ll see a picture of a brand that is consistently on-target in its message and delivery—funny, masculine and smart, simply delivered.

The YouTube responses of “The Man Your Man Could Smell Like” campaign were the perfect extension—not over-engineering The Next Big Viral Mousetrap, with some kind of game or giveaway—just giving viewers more of the funny dialog they enjoyed in the commercials. But the social media engagement makes everyone feel like they’re part of the fun. That is the way to build brand awareness—and it proves social media is even relevant for commodities like deodorant and body wash.

What sealed WK’s brilliance for me—maybe it was someone from P&G or Old Spice—was the timing of the swan song. I was looking at some of the video responses last week, simultaneously marveling at the genie they’d uncorked and wondering how long they could keep it up before it would get old. Almost on cue, Mustafa recorded his last video response, retiring at the peak of the hype. Someone give that message to Burger King. The fact that the Subservient Chicken is still around is just kind of sad. And a little creepy.