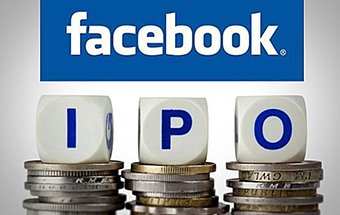 No one can question the impact of Facebook on the social media phenomenon. Hundreds of millions of users around the world use Facebook to connect with friends and share their life stories in near real time. But as a publicly traded company, Facebook is facing withering scrutiny on how those hundreds of millions of users will translate into profits. That’s not a new story—analysts have been speculating for years on how Facebook will monetize its user base, and comparing its ad revenue to Google’s. Privacy experts have warned that Facebook will increasingly need to rely on selling some form of access to private user data, undoubtedly its most valuable asset, which only feeds paranoia about Facebook’s notoriously clumsy approach to privacy.

In the wake of Facebook’s IPO meltdown, another effect is beginning to emerge as analysts scrutinize the basis of inflated values for the entire social media sector, and begin to question the deeper fundamentals and long-term value of these companies. It’s one thing when all the stocks in a sector rise and fall with the fate of a big player like Facebook—and social media stocks took a beating after Facebook’s IPO—it’s another thing when analysts start peeling back the layers of how these companies operate.

When a company has an inflated stock market value, the assumption is the value reflects future earnings potential—investors are making a bet that some asset or resource that isn’t generating cash today will do so in the future. Facebook’s enormous base of users may not be paying for access, and may not be generating enough ad revenue today, but certainly it’s a valuable commodity they’ll figure out how to mine in the future. Unless they don’t. Or unless their future attempts to mine that value drive users away. And in that regard, Facebook is walking a tightrope. It’s infamous privacy missteps have already made users suspicious, so any attempt to shift privacy rules or monetize private data turns into an immediate media circus.

The question is how this scrutiny on future earnings and current operations will effect other social networks, and the obvious next prospect for increased scrutiny is LinkedIn. Like Facebook, LinkedIn is a massive social network with a mountain of valuable user data. LinkedIn has 100,000,000 users worldwide—professional users who post very detailed resumes and profiles of their working life, and detail their web of business connections and, by extension, their influence. LinkedIn is the world’s largest professional network, but what differentiates them in the stock market is their colossal P/E ratio—the ratio of their stock price to their earnings. Facebook, even after the meltdown, has a total market value several orders of magnitude larger than LinkedIn, but a P/E of only 65, compared to LinkedIn’s P/E of over 800. How is LinkedIn’s future earnings potential so vastly larger than Facebook’s? That’s what analysts are beginning to look at more closely in the wake of Facebook’s meltdown.

The effect of this scrutiny is very real, not just in the stock market. As CEOs scramble to meet analyst expectations, they make operational decisions that impact users, along with the entire ecosystem of businesses that surround it. The big question for LinkedIn is how it will demonstrate the true potential of its future earnings. The short money is on beating the bushes for ad revenue and maximizing its offerings to recruiters, which is the primary source of LinkedIn’s revenue to date. But on that front, LinkedIn is competing with other aggressive players like Monster, which makes it hard to see how they’ll disproportionately scale revenue on that business line alone. The long-term play is for LinkedIn to disrupt other lines of business the same way they disrupted Recruitment, creating new ways of conducting business that give them a first mover advantage in some new market. Sales and Marketing are targets they have publicly discussed, but their approach to date is less disruptive and more following the status quo—selling ads and targeted marketing opportunities to reach it’s user base, which won’t scale in any way that will endear users any more than that works for Facebook.

There are certainly significant opportunities for LinkedIn to leverage its massive network, disrupting sales and marketing programs with new ways to reach users, without alienating them. The question is whether they can move fast enough, and smart enough, to beat the scrutiny of analysts who are looking to tighten the screws.