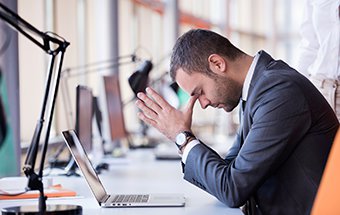 Lead Generation produces marginal rates of return and a growing rate of friction. Lead Engagement is a more sustainable process, born and bred in social media.

Lead generation is arguably the most important function of marketing in most companies today. It’s where the rubber hits road—where all the investment in positioning, messaging, differentiation, creative and content comes together to produce fuel for driving sales and revenue.

Lead gen consumes billions of dollars in marketing budgets, including technology and human capital. And yet, a typical? campaign can ring up a 99% failure rate and still be called a success. Many companies don’t even act on 95% of the leads they generate, and of the remainder, only 20% are considered qualified by sales. What’s wrong with this picture??

There are several reasons why lead generation is so entrenched, even though success rates are often so low:

But there’s something significant that businesses consistently ignore when measuring the marginal conversion rates of lead gen programs. In the world of manufacturing when a factory consumes resources to produce a product the unused leftovers of the process are waste. When the waste is discarded and has a toxic impact on the environment, it’s called pollution. We don’t think of lead generation in that way but we should.?

The unused prospects and leads leftover after our customers have been converted are not only waste from our process, they can be toxic when the funnel process leaves them feeling annoyed, angry or misled. Their comments to colleagues help shape the market dialog about your business, and when this dialog occurs online, it can rapidly overtake your SEO positioning and leave a permanent scar on your public reputation. Just like a factory can pollute the very resources it relies on for future production, marketing can—and frequently does—poison the well of prospects it will have to go back to again in the future for leads. That has always been the case, but in the age of social media, the effect is magnified.

The comparison between marketing and manufacturing is not just a metaphor. Many of the most influential methodologies that have shaped lead generation come directly out of manufacturing movements like TQM, Six Sigma and Lean Production. These methods seek to improve the efficiency of marketing as a corporate function, which is certainly a rational objective. But taken to the extremes we see today, in which human customer relationships are reduced to automated marketing funnels, the objective is nothing less than to manufacture customers as if they were a commodity.?

Many marketers see nothing wrong with that concept. But what happens when your market does? What happens when prospects stop listening to your email pitches and stop reaching for your cheap premiums? Given the overwhelming number of pundits pushing the idea that “quality content” is the defining trend for 2014, I would say it’s a sign we’re at the tipping point. Lead generation will continue to produce marginal rates of return while costing more to break through the growing noise.

Of course, there are always promising new innovations for Lead Generation, and social media is the biggest to emerge in ages. Companies are rapidly adapting lead generation techniques to every social network they can get their hands on, and conjuring whatever signs of success they can from likes and follows and retweets–even while some of the promising new techniques facilitate the purchasing of likes and follows and retweets. But even in social media, the rates of return are marginal (but hey, they’re marginally ~better~ than the old techniques!), and the costs keep going up–Facebook, Twitter and LinkedIn all have policies pushing marketers increasingly toward advertising and paid sponsorship models.?

The alternative to Lead Generation for social media, in fact, the alternative born and bred within social media, is what some of us are beginning to call Lead Engagement. While Lead Generation seeks to mine prospects as efficiently as possible from a manufactured interaction with a sea of suspects,? Lead Engagement is about trying to make the right connections with the right people at the right time to facilitate an exchange of value. While Lead Generation targets market segments with broadcast blasts and cares only about the margin that responds, Lead Engagement focuses on joining the community of customers your business serves, and adding value to that community as a whole.?

Where Lead Generation relies on a differentiated brand message and a carefully tuned value proposition, Lead Engagement adds the concept of building a sustainable brand role, in which the business contributes to the shared interests of its customer community. You show up in social media because you actually care about the dialog. You answer questions to help solve problems. You bring value to the community because it’s the core of your business, upon which the shared interests with your customers is built. And yes, you close deals, because prospects can see over time that you’re not there simply to mine value from their wallet, but to build value and exchange value with customers.

Is this approach right for every business? Maybe not. But as social media matures and extends its reach, and as more companies just increase the volume of their lead generating blasts in social media, it will be a successful approach for a growing number of businesses. And while it may not produce the ever predictable 1% return of email, it’s a sustainable approach because it doesn’t poison the well of future prospects.?

We’ll be talking a lot more about Lead Engagement in the coming weeks as we continue to roll out SocialRep, for which we’ve been piloting several Lead Engagement methodologies.