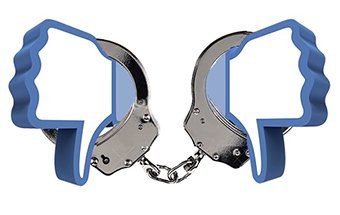 My post? blasting LinkedIn? last week was a long time in coming. I’ve been working with clients for several years, strongly advocating LinkedIn as a powerful tool for engaging customers and prospects. But time after time, I’ve watched marketers get burned by poor planning, poor communication, and poor decision-making at LinkedIn. Last week I focused on? LinkedIn’s seemingly arbitrary decision to wipe out Product Pages, after thousands of companies invested in creating them, only to replace them with “Showcase” pages, which seem like a really cheap imitation of GooglePlus. I now have customers for whom we built Product Pages and championed LinkedIn asking what they should do, and whether or not LinkedIn should still be a part of their content strategy.

Normally, I might say it’s a no brainer—of course you have to be on LinkedIn, just roll with the punches and adjust. But another chain of events was unfolding with LinkedIn that is making me think twice. In just a few hours I went from a vocal advocate of good social marketing on LinkedIn to being blacklisted from posting on LinkedIn groups, battling against a blind and unaccountable bureaucracy, and convinced that the left hand at LinkedIn has no idea what the right hand is doing.

Over the past few years, we’ve explored a lot of content strategies on LinkedIn with our clients and customers. We’ve posted a wealth of content to various groups including marketing questions, tips and analysis, we’ve purchased ads for white papers, and we’ve sponsored updates. We’ve tried every angle of promoting content to learn the most effective, ethical marketing practices on LinkedIn.

Last week, ? while upgrading widgets on our blog, I noticed that LinkedIn’s sharing tool includes the ability to share your blog posts to groups. What a great feature! Groups are by far the most engaging social aspect of LinkedIn, and good blog posts often generate some of the best dialog. Some marketers, of course, abuse the system and spam the hell out of groups with a non-stop stream of posts. Some groups—those that are poorly moderated—have become ghost towns of automated article postings generating zero user engagement.? But given the importance of good content in driving social engagement, I thought? LinkedIn would have at least covered the most obvious pitfalls with managing content posting. I was wrong.

After writing a post about some of the mistakes marketers make with social marketing, I used LinkedIn’s helpful sharing widget to send the post to a few of the 30 groups I belong to. All I had to do was start typing the name of the group, up it would pop, and it would be added to the distribution list. Easy! Then I got an email from a moderator of one the groups, the Social Media Marketing Networking Club, letting me know they’d deleted the post because they don’t allow any 3rd party content to be posted to the group. I dutifully apologized for my mistake, let them know about the widget and that they might want to remove their group’s name from the widget’s list, and then went on with my day. No big deal.

But when I later went to comment on a different group, I found that my comments were “subject to approval before posting”. Then I discovered I couldn’t even post a status update. What the hell? So I contacted support, and learned that someone had flagged one of my posts as spam, and I was in the penalty box.

It turns out that while LinkedIn’s widget makes it easy to post to any group you belong to, potentially enabling spam, those groups have no way to opt out or manage inbound posts if they don’t want them. Some groups don’t allow 3rd party content at all. Some allow 3rd party content, but only if it’s designated “promotion”. So although LinkedIn is happy to let you push a button and post to your groups, doing so will get you into trouble, unless you remember and follow the rules of each group. Which, on its own, isn’t all that unreasonable. Unfortunately, that’s not the whole picture.

It turns out, if you run afoul of one group—if one moderator decides your post broke the rules—you can be blocked from posting to? all? groups on LinkedIn, including your own status updates. LinkedIn says the process only subjects your posts to approval, but in practice many posts don’t ever get through. LinkedIn won’t tell you how long you’ll be banned, they say it’s “usually” a “couple of weeks”. However, if you can convince the moderator that flagged your content to clear it, you’re home free. Except, LinkedIn won’t tell you who that moderator is, and? if you used LinkedIn’s handy dandy sharing widget to post to several groups, LinkedIn suggests you message all the moderators of all your groups to have them check your posting status and clear it. Right.

So here it is in a nutshell. LinkedIn desperately wants professionals to post updates and content to LinkedIn and engage in groups. LinkedIn helps that along by creating widgets to encourage more sharing. But use LinkedIn’s own sharing widget just once, and mistakenly post to a group that doesn’t allow sharing posts, and you can be effectively banned for weeks. No warning, no administrative review, no appeal, no transparency.

So here’s a question for LinkedIn: Why on earth would I continue to promote LinkedIn as an effective platform for engagement with an ecosystem that is that dysfunctional?