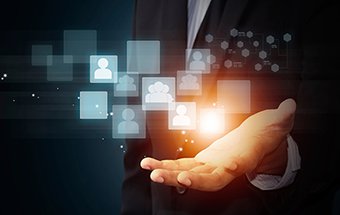 The Wall Street Journal released an article Monday hyping a Gallup report on the “Myth of Social Media”. The report and the article are so flawed? it’s an embarrassment to both organizations. Half of the buzz making the rounds this week manages to find the one kernel of blindingly obvious truth in the article, that social media marketing is about quality of engagement, not likes and follows. But many people are blindly retweeting the link-bait title of Gallup’s report, that the influence of social media is a myth, and it’s Gallup’s report that deserves to be busted.?

To unpack this mess, let’s start by looking at Gallup’s so-called study. The report sites a body of data collected from a survey conducted from December 12, 2012 until January 22, 2013—data? 18 months old. No discussion of the methodology, no appendix listing the questions that were asked, no explanation of why they spent 18 months to produce a measly four pages of blather that sounds like it was written by an intern and polished up to sound like a high paid consultant.

The report begins by citing statistics about consumer usage of Facebook, Twitter, Instagram and YouTube, followed by statistics of advertising dollars spent on social media platforms. At this point, only 2 paragraphs into the report, it sounds like Gallup is conflating “Social Media” with only the most prominent social networks, and further conflating business participation in social as meaning only advertising, or the creation of corporate pages for the purpose of gaining fans and followers. This is either stunningly? poor analysis, or an intentional straw man, which Gallup spends the rest of the report knocking over as if they were minting new wisdom. ? Surprise! Consumers aren’t all that interested in advertisements placed on social media, and when they “like” a company page, that doesn’t mean they’re necessarily going to buy.

If social media influence is only measured by purchase decisions driven by advertisements and corporate pages, then sure, Gallup’s subhead “SOCIAL MEDIA: NOT A GAME CHANGER” makes sense. In the real world, that statement is absurd. The thousands of dedicated forums where consumers discuss their hobbies, trade personal brand experiences and recommend products to their peers are social media. The tens of thousands of blogs that consumers write to detail their passions, often with personal reviews of the products and brands they use, and which figure heavily in search engine results when consumers begin researching a purchase are also social media. Product reviews on Amazon and dozens of other dedicated review sites are social media. Consumer satisfaction sites and even dedicated corporate knowledge bases where consumers troubleshoot their problems with products in front of other customers and prospective buyers are all social media. When consumers write for other consumers, it’s social media.

The fact that Gallup doesn’t seem to understand the definition of social media makes their pontification on how corporations should engage in social media all the more embarrassing. The fact that WSJ doesn’t see through the report is only mitigated by their additional reporting that spins the report to focus more on the way businesses are adjusting their social media strategies to focus more on customer engagement over advertising and collecting followers. But even here, many of the findings are not exactly news to anyone but the devoted fans of so-called social media “gurus”.

Another reason companies are looking beyond fan numbers is that the numbers are easily gamed. Researchers say many fans are fake, or automated, accounts designed to inflate numbers.

Plenty of social media experts have been pointing out the fallacy of chasing? meaningless stats? and the importance of engaging authentically with customers for the better part of the last decade. The fact that many brands haven’t heeded that advice and have been overly influenced by flavor-of-the-week trends and gurus doesn’t make the discovery of that poor decision-making big news.

At least WSJ’s focus on companies adjusting their strategies to focus on quality over quantity of engagement is making it through some of the buzz about the Gallup study. For Gallup, it’s hard to see any mitigating qualities in such a poorly delivered study so meticulously polished to appear as a piece of important thought leadership. Gallup has no business waxing wise on something they obviously know so little about.