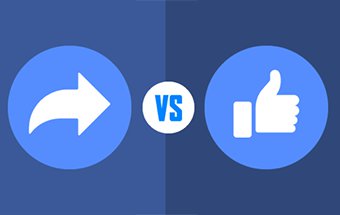 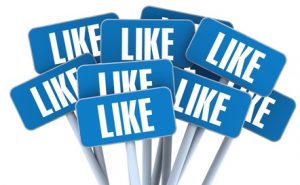 As social media goes mainstream for corporate marketing, far too many marketers are getting caught up in activity metrics rather than value. Klout. Likes. Follows. Retweets. Everything is about volume of engagement, with little if any focus on the value of engagement. Recently I heard a senior executive at a major national brand brainstorming a campaign to improve his company’s Facebook “Likes”. It was parody. He was fixated on a single metric, and kept asking for help estimating a conversion of Facebook “Likes” to television advertising equivalents. When it was pointed out that likes don’t actually mean someone likes you (Bank of America’s customers “Liked” their Facebook page so much, the torrent of hate mail forced BofA to abandon the page) it had no impact. He was insistent: How fast could a campaign drive up “likes”, and how could that number be converted into advertising equivalents?

I don’t doubt there was a compelling motive behind the executive’s request, probably driven by budget politics. But it wasn’t an isolated case. At SocialRep, the more service requests we see coming through social media, the more we see a market fixated on flavor-of-the-moment activity metrics. It’s a mindset much closer to affiliate marketing than market strategy, fueled by pundits pushing trends and tactics with little depth of analysis.

Take two of the latest big news items in retail marketing. Best Buy and Kodak were celebrated social media case studies over the past 24 months, and both are now being pilloried by the market for poor customer and business fundamentals. This isn’t the fault of social media, but where are the gurus and analysts that cheered them for their cutting edge use of Social Media and SocialCRM? Why aren’t they deconstructing the delta between the engagement they lauded and the customer value created? The data is available, and in fact I analyzed some of Kodak’s social media tactics and missteps 2 years ago. But today, everyone’s moved on to the next big thing for 2012, or whatever 12 steps you should be following to be socially successful this year.

There are important things to learn through activity and engagement, but there are equally valuable lessons to learn from patient listening and analysis. What distinguishes our most successful customers is the discipline to build engagement on a foundation of strategic insights about their market and position, instead of rushing to engage just to compete on activity metrics. One of our clients, a multi-national business in a highly visible space, is surrounded by competitors throwing money at every social channel available. YouTube. Twitter. Facebook. LinkedIn. Everything highly polished and skin deep. By contrast, we spent a year with our client building a highly focused index of market intelligence spanning several products and competitive sets. Only now are we developing a global strategy that matches selected social channels with the right focus and message for engaging the right prospects. But based on a foundation of market intelligence, tactics now have direction and metrics have focus.

I’m a fan of good trend watching and 12-step guides to leveraging the latest technology for social media success. But don’t get lost in the trenches chasing activity metrics for their own sake. One of the greatest values of social media is the ability to hear your market more effectively to guide strategy. There aren’t easy short-term metrics for strategy, but strategy makes your metrics a lot more meaningful.